Entertainment: 30 Notable Gospel Artists Whose Music You Need To Listen To 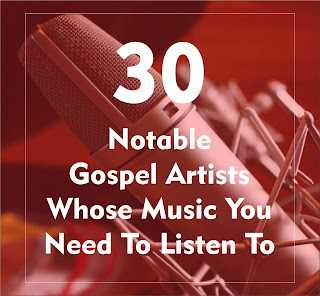 Want create site? Find Free WordPress Themes and plugins.
The gospel music industry is filled with a lot of talented artists who have never disappointed us by always releasing spirit-filled and soul lifting songs.
We have selected 30 artists whose songs you need to listen to. In no particular order, below are the artists:

Osinachi Joseph popularly known as Sinach, is a multi-award-winning Nigerian Gospel music singer, songwriter, and senior worship leader at Believers Loveworld International. She is known globally for several gospel songs which include, ‘WayMaker’, ‘I Know Who I Am’, ‘Great Are you Lord’, ‘Rejoice’, ‘He did it Again’, ‘Precious Jesus’, ‘The Name of Jesus’, ‘This Is my Season’, ‘Awesome God’, ‘For This’, ‘I stand Amazed’ , ‘Simply Devoted’, ‘Jesus is Alive’ and many more.
In 2016, she was listed by YNaija as one of the top 100 influential Christians in Nigeria.

Travis Montorius Greene is an American gospel musician and pastor.
Greene began his music career in 2007 with the release of ‘The More’ via Greenelight Records. He has since released two studio albums, ‘Stretching Out’ in 2010, ‘The Hill’ in 2015, and an extended play, ‘Intentional’ in 2015. Travis Greene’s third album ‘Crossover: Live From Music City’ was released in 2017 as a live album. Greene‘s music has charted on the Billboard Top Gospel Albums and the Top Gospel Songs charts and he has been nominated for multiple awards, including 2 Grammy Awards and 13 Stellar Awards.

Maranda Curtis is a gospel singer and praise & worship leader based in Miami, Florida. The daughter of Pastor W.S. Curtis and his wife Darlene, Maranda was born and raised in Miami, Florida. She started singing as a child, eventually going professional as an adult. She released her debut single, “Don’t Take Your Love Away” in 2012. Maranda Curtis released her debut EP, The Maranda Experience, Vol. 1, in 2017, debuting at number one on Billboard’s gospel chart in August of that year. The concert album, Open Heaven: The Maranda Experience Live, appeared in 2018.

Tyrone “Tye” Tribbett is an American gospel music singer, songwriter, keyboardist, choir director and founder of the Grammy-nominated and Stellar Award-winning gospel group, Tye Tribbett & G.A. (short for ‘Greater Anointing’).
He has released five albums. His album “Greater Than” was released August 6, 2013, and earned him two Grammy awards. In 2017, he released “The Bloody Win”.

Uche Agu is a Nigerian -born South African Singer. He has infused his musical brand with vibrant sounds of techno, rock, reggae, latin and traditional gospel sounds with the roots of raw African rhythm.

Solomon is a famous Nigerian gospel singer and motivational speaker. He started singing at the age of 9. His music career started in 1997 with a small gospel music band. He became a solo artist in 2002. He has many great albums and has performed all around the world. Solomon sings in Hausa and English. Lange has two albums, ‘Na Gode’ and ‘Alheri’ released in 2008 and 2012 respectively. Na Gode means thank you and Alheri means grace in Hausa.

Temitope Monique Fabiyi popularly known as Monique is a Nigerian gospel singer and songwriter, who was born in Lagos State Nigeria. She started music at a tender age of nine as a vocalist with the church chorister, her talent blew up in high school as the school choral group leader, she led the group into many successful outings and competitions.

Nathaniel Bassey is a Nigerian gospel recording artist, singer, songwriter, trumpet player, and music producer. He is famous for starting “Halleluyah Challenge”, a live Instagram praise session that attracted over 60,000 people, as reported on CNN.
Bassey heads the Trumpet and Ministerial Academy, an educational institution based in Lagos state.

The real name of Chioma Jesus is Evangelist Amaka Okwuoha. She is a very famous female gospel singer who hails from Imo State. Actually, Amaka Okwuoha became popular with her song “Chioma Jesus” in 2003, and since that time, her name plays a big role in the gospel music world. Trying to win more souls for Christ, Amaka’s heart desire is to see gospel singers becoming what God has destined they will be. By the way, Chioma Jesus is also known for using the Igbo language to sing and write her songs, however, her first song was written in the Yoruba language.

Tope Alabi, also known as Ore ti o common, and as Agbo Jesu is a Nigerian gospel singer, film music composer, and actress.
She was formerly a member of the Jesters International comedy group. She later worked with other popular traveling and stage theater groups in both Ibadan and Lagos. She made films in the Yoruba film genre of Nigeria. Alabi later metamorphosed into gospel music after she became a born-again Christian.

Sammie Okposo is a music producer, psalmist, entertainment consultant and the CEO of Zamar Entertainment.
Okposo‘s music career started in 1992 when he joined the Nigerian movie industry as a soundtrack producer and later ventured into full music production. He is credited for producing hit songs for the biggest names in the Nigerian music scene.
Okposo is a United Nations Youth Ambassador for World Peace.

Afy Douglas is a Gospel Artiste with an impressive pedigree. He has been in the music scene for over 20 years as a worship leader, songwriter, and coach.

Mike Abdul has made his mark as a songwriter, singer, and music producer.
Mike Abdul‘s viewpoint: I choose to dedicate my gift to THE ONE who gave it, just praise my God for nothing. I want people to see me and just have joy. I’m a happy person and I hope I’m contagious.

Elijah Oyelade is a deep worshipper, a worship leader, a pastor, a teacher and a songwriter, most notable for the deep lyrical content of his songs. His worship lifestyle and songs are impacting and inspiring many around the world.
He believes in the release of the transforming power of God through the preaching and singing of the word of God. His songs are characterized with very deep expressions of his passion for God and the establishment of His kingdom and reign on earth as it is in heaven.

Frank Ugochukwu Edwards is a Nigerian contemporary Christian singer-songwriter and recording artist from Enugu state. He is the founder and owner of the record label, Rocktown Records. Frank Edwards is a producer, plays several musical instruments and is a keyboardist and a member of the Presidential band of Pastor Chris Oyakhilome in Christ Embassy Church.

Don Moen is an exceptionally heaven-gifted worship leader whose anointed songs immediately stirs a soul in the longing of his maker.

His songs connect you directly to God

Kelechi Ifeanyi is a UK-based, Nigerian-born Gospel artist and has been in the music Ministry since 1992. Although Kelechi started his music career at age 14 as a drummer, he initially taught himself how to play the guitar and then went on to study music to enhance his skill.
Kelechi’s unique gift in music ministrations and connecting his audience to the spiritual realm has taken him to several nations; Italy, Germany, Tanzania, Trinidad and Tobago, Ireland, UK etc.
Kelechi has released nine albums.

Muyiwa Olarewaju (born 26 November) is a British Gospel singer and songwriter who mixes traditional gospel music with elements of world music (from Africa, the Caribbean, and Asia), soul, R&B and pop. He is also an experienced performer, broadcaster and presenter. In 2009 he became the first-ever international act to perform on America’s popular entertainment channel, BET, for the prestigious annual Celebration of Gospel show. He has presented the Turning Point programme to an estimated global audience of 70 million. With his group Riversongz, he sold out Indigo2 at the O2 in London, the first gospel act to do so, and he has played at the largest gospel music event in the world, The Experience, attracting a 500,000 strong audience.

Kari Brooke Jobe (born April 6, 1981) is an American contemporary Christian music singer and songwriter. Since her first album in 2009, she has received one Grammy Award nomination and nine Dove Award nominations, four of which she won.
In 2004, Kari Jobe came into the Christian music spotlight with her performance of “Revelation Song” while at Christ for the Nations Institute.
Aside from being a worship leader and pastor, Jobe released her first major label self-titled debut album in February 2009.

Ada Ogochukwu Ehi, is a Nigerian born International singer-songwriter, recording, and performing artist. She started her musical career at the age of 10 as a backup singer for child star, Tosin Jegede. Since she professionally started her music career under Loveworld Records in 2009, she has increasingly gained local and international popularity through her songs and music videos

Empraiz is a multi-instrumentalist, music director, songwriter, businessman, music promoter, pastor and a loving husband blessed with two children.
Empraiz started his music career in 1990 as a chorister in the church and has over twenty-five (25) years of experience in the music industry.
He has two studio albums to his credit and three live recorded concerts.
DOWNLOAD ONE OF HIS SONGS, OMIOMIO HERE

Jonathan Andrew Nelson is an American gospel singer and songwriter from Baltimore, Maryland.
In December 2006, Nelson released a self-financed live album. After that, he signed with Integrity Music and started working on his first full-length studio album. In February 2008, Nelson released Right Now Praise. The next year, he was nominated for a Dove Award for New Artist of the Year. In 2010, he released his second album titled Better Days. In 2016, Nelson released Fearless, with Light Records/Entertainment One Music (eOne Music).

Kim Walker-Smith (born December 19, 1981, as Kimberlee Dawn Walker) is an American singer, songwriter, worship leader, and recording artist. She produced her first solo album, Here Is My Song, which was released in February 2008 through the Jesus Culture record label.
Her rendition of the John Mark McMillan song, “How He Loves”, has been viewed over 20 million times on YouTube. Her rendition of Brian Johnson’s and Jon Mohr’s song, “Where You Go I Go”, has over 8 million views on YouTube.

VaShawn Mitchell (born November 19, 1976) is an American gospel singer and songwriter. He has produced several Stellar Award-winning projects and songs for Grammy Award winners Vanessa Bell Armstrong and Smokie Norful. He is also a worship leader and throughout the years he has written several top-selling choir recordings and spawned such memorable hits as My Worship Is For Real and Trouble Don’t Last.

Todd Anthony Dulaney is an American gospel musician and former baseball player. His music career started in 2011, with the release of the CD version, Pulling Me Through. This would be his breakthrough, released upon the Billboard Gospel Albums chart. He would release another album, A Worshipper’s Heart, in 2016 with EntertainmentOne Nashville, and this placed even higher on the Gospel Albums chart.

Chevelle Franklyn (born 4 March 1974) is a Jamaican reggae and gospel reggae singer.
After the release of her album Serious Girl in 1996, Franklyn toured extensively in the Caribbean, the UK, and the US.

Emmanuel Benjamin who is popularly known as Eben is a Nigerian singer, songwriter and worship leader.
Prior to fame, Eben was a background vocalist and had his amazing voice as his main instrument. Eben describes his kind of music as urban contemporary gospel and Christian rock.
The talented gospel sensation also has three albums which include “On the rock”, “Phenomenon” and the recent one “Magnified” released in 2017.

There you are, 30 notable gospel artists whose music you need to listen to.

You think there is an artist who is not on this list which you think should be there, feel free to use the comment box below to air your views. 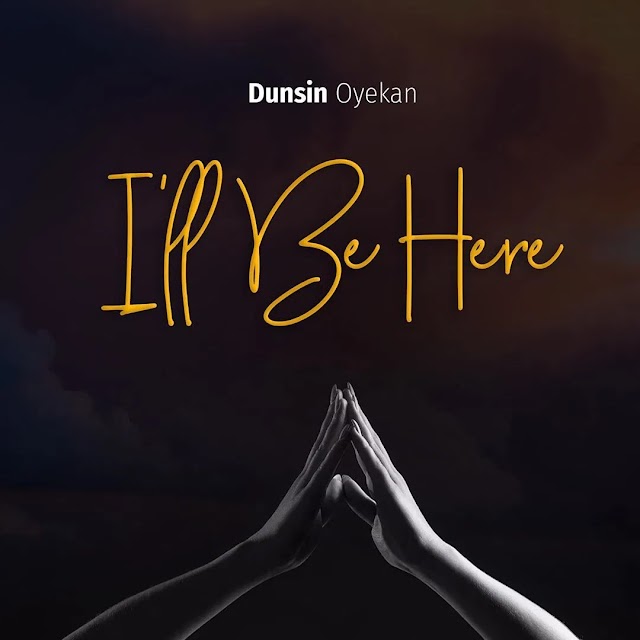